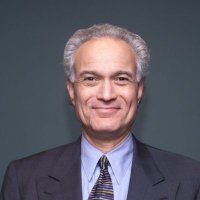 Who is Joseph S. Tulchin?

Joe Tulchin is a Latin Americanist with extraordinarily broad experience. He is a widely published scholar and analyst of public affairs as well as a successful teacher. In his career he has been as an effective participant in the public policy process and a consultant to governments and private corporations.

He is known throughout the hemisphere for his work on hemispheric security and international affairs. His research on citizen security and police reform, reducing inequality and the governance of cities has helped to shape the policy process in the United States and in a number of countries in Latin America. He spent 25 years teaching — first at Yale and then at the University of North Carolina at Chapel Hill — and then for 16 years directed a program of public policy research on Latin America, as part of the Woodrow Wilson International Center for Scholars. He has taught as a visiting professor at Amherst College and Bowdoin College and more than a dozen universities in Latin America.

He is equally adept at political risk analysis for corporations as he is at public policy analysis for senior government officials or multilateral organizations. While at the Wilson Center, he directed teams of experts who made specific policy proposals to governments in the region to reduce crime and violence, to re-formulate national security policies, and prepared guidelines for several governments on how to use social policy to reduce inequality. Over the years, Tulchin worked closely with the Organization of American States on hemispheric security, with the World Bank on police reform, and with the United Nations on urban governance. He is currently on the advising board of UpSpring and the Hemispheric Security Issues Task Force at the Center for Hemispheric Policy at the University of Miami.

Tulchin is currently a Senior Scholar at the Wilson Center in Washington, D. C.